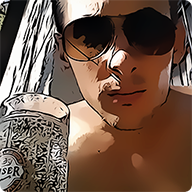 💾 NFS not starting, because portmapper is not running

Recently i’ve faced some issues with nfs-kernel-server and nfs-common exiting during startup. It is very annoying, since until the above services not restarted after every (re)boot there is no file sharing. The reason is that the services are not started in proper order and nfs services would rely on the portmapper (rpcbind) service. If you see the same warning about portmapper as on the screenshot, then read further about how to fix it.

That’s it, reboot and nfs should be up and running.

Source(s): NFS Server: Not starting: portmapper is not running